You have probably heard the Prayer of Jabez or you might have read it quoted on a bookmark or picture. It’s an encouraging prayer asking for a big blessing.

But have you read the rest of I Chronicles 4? The context of this verse is interesting. The chapter is a genealogy of the sons of Judah and Simeon. But right in the middle, God calls out Jabez.

In I Chronicles 4:9, the Bible says that Jabez was more honorable than his brothers. Here God is emphasizing the character of Jabez. His character seems directly related to God granting the request in verse 10.

Jabez called on the God of Israel, saying, “Oh that you would bless me indeed, and enlarge my border! May your hand be with me, and may you keep me from evil, that I might not cause pain.

God granted him that which he requested.

What was Jabez requesting? The direct request was for more land, but by growing his territory and land, Jabez was asking to be more influential and would be able to show the glory of God to others. Jabez clearly wants to do good as the prayer ends with “that I might not cause pain.”

As we ask for blessings in our own lives, let’s consider the life and request of Jabez and how being a people of honor will impact our requests with God.

This prayer is a big request, it’s a great blessing. A blessing we can claim today.

Rachel helps Christian women by showing them how to grow their faith, walk-in hope and live joyfully every day. She shares practical ideas for daily Christian living.

May I help you find… 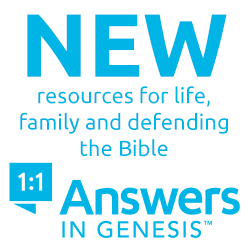 This blog particates in affiliate marketing including Amazon Associates. Some links may be affiliate links. If you click a link and make a purchase, I earn from qualifying purchases. Read my full disclosure policy here.

This website uses cookies to improve your experience while you navigate through the website. Out of these cookies, the cookies that are categorized as necessary are stored on your browser as they are essential for the working of basic functionalities of the website. We also use third-party cookies that help us analyze and understand how you use this website. These cookies will be stored in your browser only with your consent. You also have the option to opt-out of these cookies. But opting out of some of these cookies may have an effect on your browsing experience.
Necessary Always Enabled
Necessary cookies are absolutely essential for the website to function properly. This category only includes cookies that ensures basic functionalities and security features of the website. These cookies do not store any personal information.
Non-necessary
Any cookies that may not be particularly necessary for the website to function and is used specifically to collect user personal data via analytics, ads, other embedded contents are termed as non-necessary cookies. It is mandatory to procure user consent prior to running these cookies on your website.
SAVE & ACCEPT
Scroll to Top